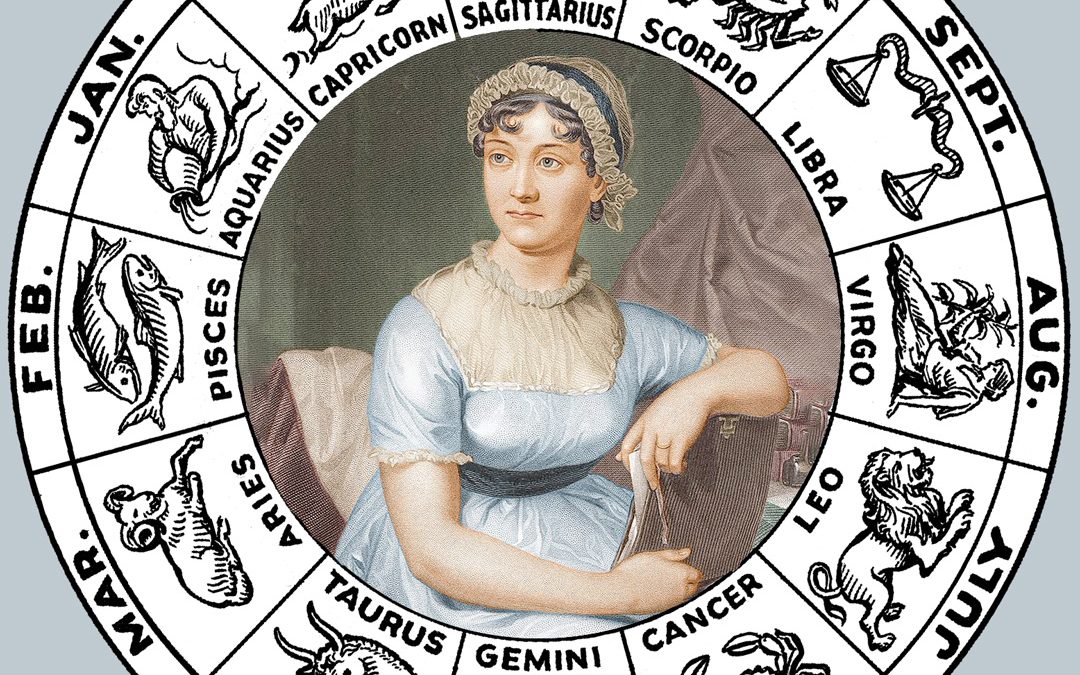 It’s almost Jane Austen’s birthday! In honor of our favorite Saggitarius, we’ve decided to pick an astrological sign for the heroines and heroes of her six novels. Who’s fiery? Who’s fishy? Keep reading and find out!

Aries can get a bad rap for being impulsive and hotheaded (hello fire sign!). Case and point, Captain Frederick Wentworth of Persuasion, who nearly spite flirted his way to head-injury and an unsuitable marriage. On the flip side, war-hero and love letter writer extraordinaire Wentworth also demonstrates the passion, courage, and enthusiasm that Aries possess in spades.

It is a truth universally acknowledged that Fitzwilliam Darcy is the ultimate earth sign. In true Taurus style, Mr. Pride comes across a bit bull-headed at first when he dismisses Lizzie at the assembly. But under his my-way-or-the-highway attitude, Darcy shows the reliability, stability, and devotion Taureans are known for. Whether it’s watching over his younger sister, stewarding his ten-thousand a year estate, or admiring Lizzie from afar, Darcy is a well-grounded fella.

Emma Woodhouse shows off some of Gemini’s best qualities like curiosity, an affectionate nature, and gentleness. Though her matchmaking efforts often go awry, Emma only wants the best for her friends and family. Though she’s a tad spoiled and can seem indecisive when it comes to her own love life, in the end, she’s always willing to learn from her mistakes, and from Mr. Knightley, of course.

Sweet, sorrowful Fanny Price embodies the kind, shy, and frequently emotional nature of Cancer. After an unusual upbringing with her extended family, Fanny desires the love and security (preferably with Edmund) that were tenuous during her youth as the poor relation. She’s loyal and empathetic to her love, but also a bit moody and pessimistic when her rival, Mary Crawford, bursts on the scene. Luckily for sweet Fanny Price, her undying loyalty wins out in the end with Edmund, even if she avoids taking center stage.

Charming, smart, and happiest as the center of attention, Henry Tilney is a natural-born Leo. Whether it’s the witty repartee⁠ — that sometimes goes over sweet Catherine’s head ⁠— or his gregarious enthusiasm for a good muslin, Henry has humor, sass, and self-confidence in spades. 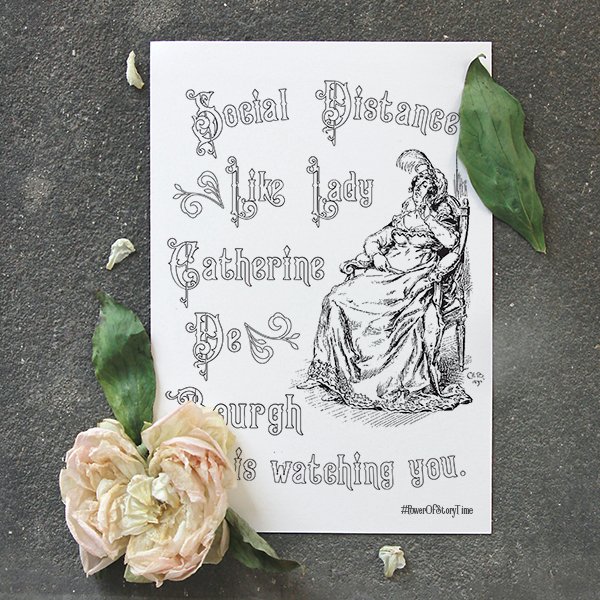 You have Successfully Subscribed!

Don't worry we hate spam too and we'll keep your info private.

Virgos generally like to be background players, supporting those around them, creating an orderly world, following the rules, all while avoiding the spotlight. If that doesn’t describe long-suffering, self-sacrificing, and unfailingly kind Anne Elliot, I don’t know what does. Anne might be one of the more boring Austen heroines, quietly listening to the exciting antics of her friends, family, and ex-fiance. But if you need someone to manage the scene of an unfortunate stair jumping accident, watch a sick child, or remain steadfastly loyal for nearly a decade, Anne’s your girl.

Though he has a big heart, you might say our resident air sign, Edward Ferrars, has his head in the clouds. A kind and balanced Libran, Edward endears himself to all with his compassion, gentleness, and desire to live a simple, full life as a clergyman. Libras often seem indecisive as they weigh all the options and work to avoid conflict diplomatically. So, Edward’s love triangle with Eleanor and Lucy Steele is pretty on brand here.

Strong, mysterious, and ready to sting anyone that threatens those he loves, Colonel Brandon is a true Scorpio. Scorpios don’t easily express their complex inner lives, but they’re drawn to strong, sincere emotion. Hence Brandon’s love of the expressive, passionate Marianne. Much like their animal counterparts, Scorpios can offer the sting of jealousy and secrecy. In Brandon’s case hiding beneath his sometimes unapproachable shell is a true heart, determination, and plenty of passion.

Sagittarius is both a direct, intense fire sign and a flexible, constantly changing mutable sign. Naturally, Catherine Morland showcases this dichotomy in her desire to live the life of a gothic romance and her willingness to embrace the comedy of manners she actually experiences. With Sagittarian good humor, thirst for novelty, and idealistic spirit, she makes the most of every experience in her first trip from home, even if there are fewer abductions than she expected.

The steady-eddy earth signs of the zodiac, Capricorns like Elinor Dashwood and Mr. George Knightley overflow with a parental vibe well beyond their years. Responsibility and self-control are key with these adult figures as they attempt to wrangle the young and rambunctious Marianne and Emma respectively. One might say they’re the sense to their loved ones’ sensibility. Since responsibility and a well-ordered world are essential to Capricorns, they can be quite hard on, or even condescending to, those they see flying by the seat of their pants. But honestly, their loved ones would be completely lost at sea without their grounding and reliable influence.

Aquarians are unique, independent, forward thinkers. Elizabeth Bennett is no exception as she’s willing to refuse not one but two suitors when they don’t fit her uncompromising vision for her own life. Luckily for Lizzie, her energetic intellect and independent spirit work their magic on Mr. Darcy over time. Though Auqaurians can be set in their opinions (hello prejudice!), they can also see an issue from all sides, especially if there’s a well-written love letter involved.

Pisces put the “sensibility” in Sense and Sensibility. No one represents these emotional, energetic, and enigmatic fishes better than Marianne Dashwood. A true Pisces, she feels joy and sorrow with equal vigor, viewing the intricacies of love (men and music) with the enthusiasm of an artist’s soul.

Unlike her sister, Marianne frequently throws caution to the wind. She’s unafraid of viewing herself as a martyr after the dashing but dastardly Willoughby breaks her trust. In the end, her Piscean positivity endears her to the much more steady and suitable Colonel Brandon.

Now that you’ve read our picks, what signs would you choose for your favorite Austen characters? Leave a comment below with your hot takes!

If you’ve enjoyed this article, please share it with the Janeite or Astrological enthusiast in your life. 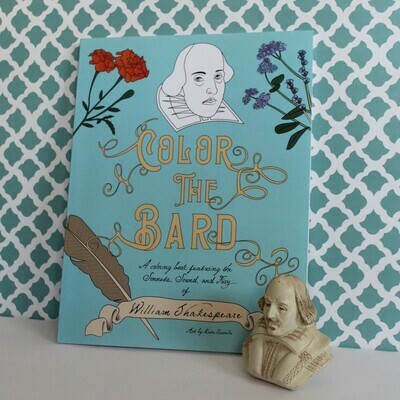 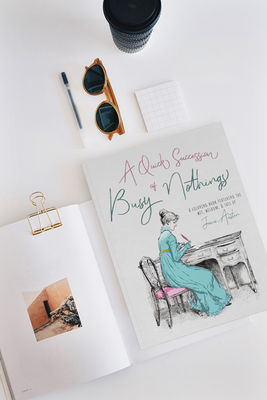 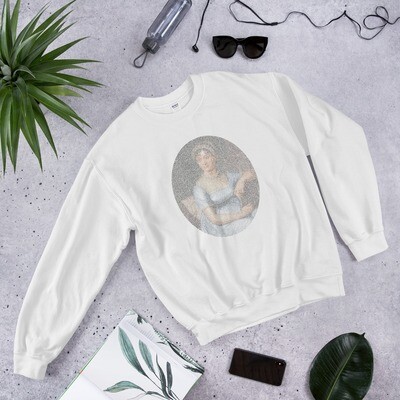 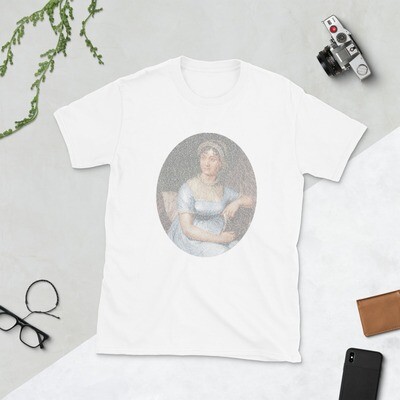